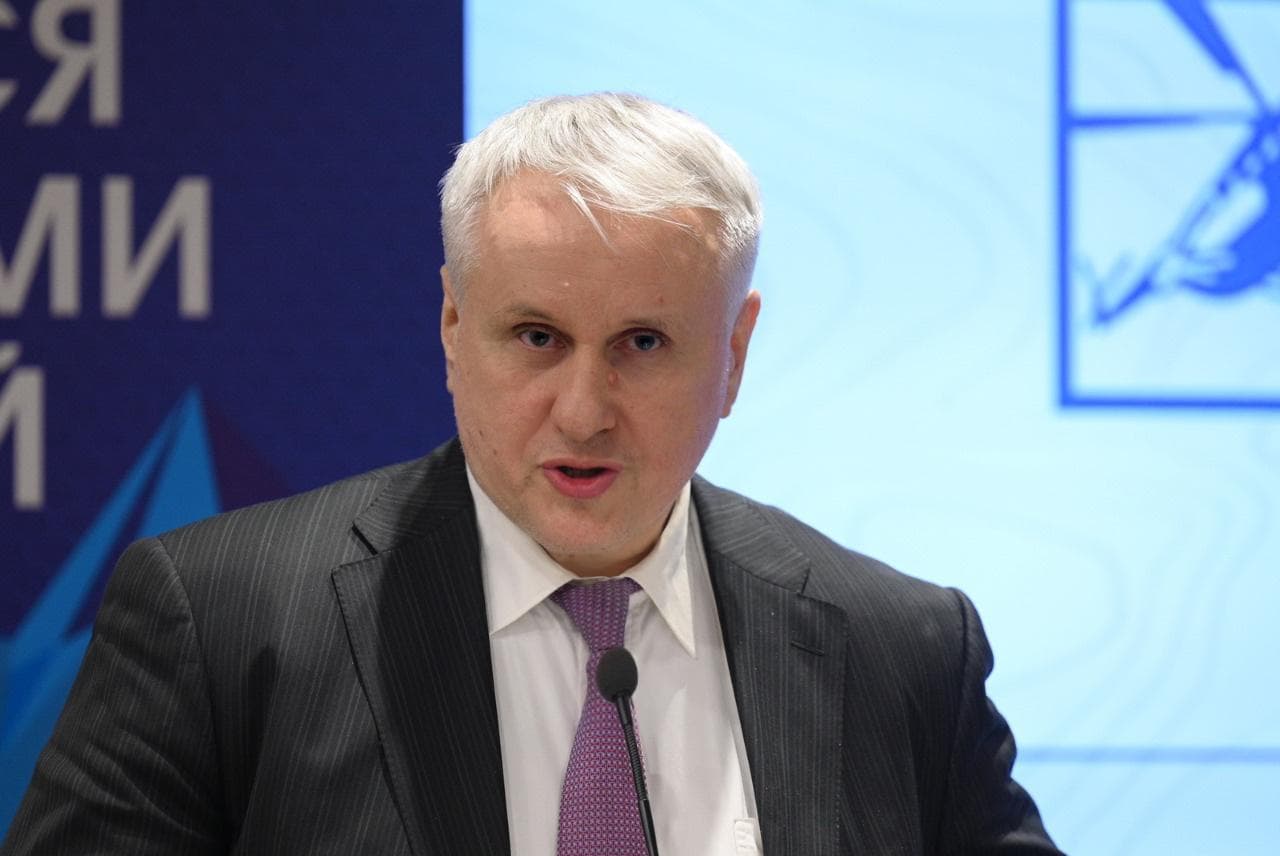 Date and Place of Birth

Between 1987 and 1989 he served in the USSR Armed Forces. In 1992 he graduated from the State Academy of Oil and Gas named after Ivan Mikhailovich Gubkin, the school that trains high-skilled professionals in automation controls and ADP equipment design and application for the oil and gas industry. At the same institute in 2008 he completed “Oil and Gas Business Management” Executive MBA (Executive Master of Business Administration) course of studies to develop his managerial experience. 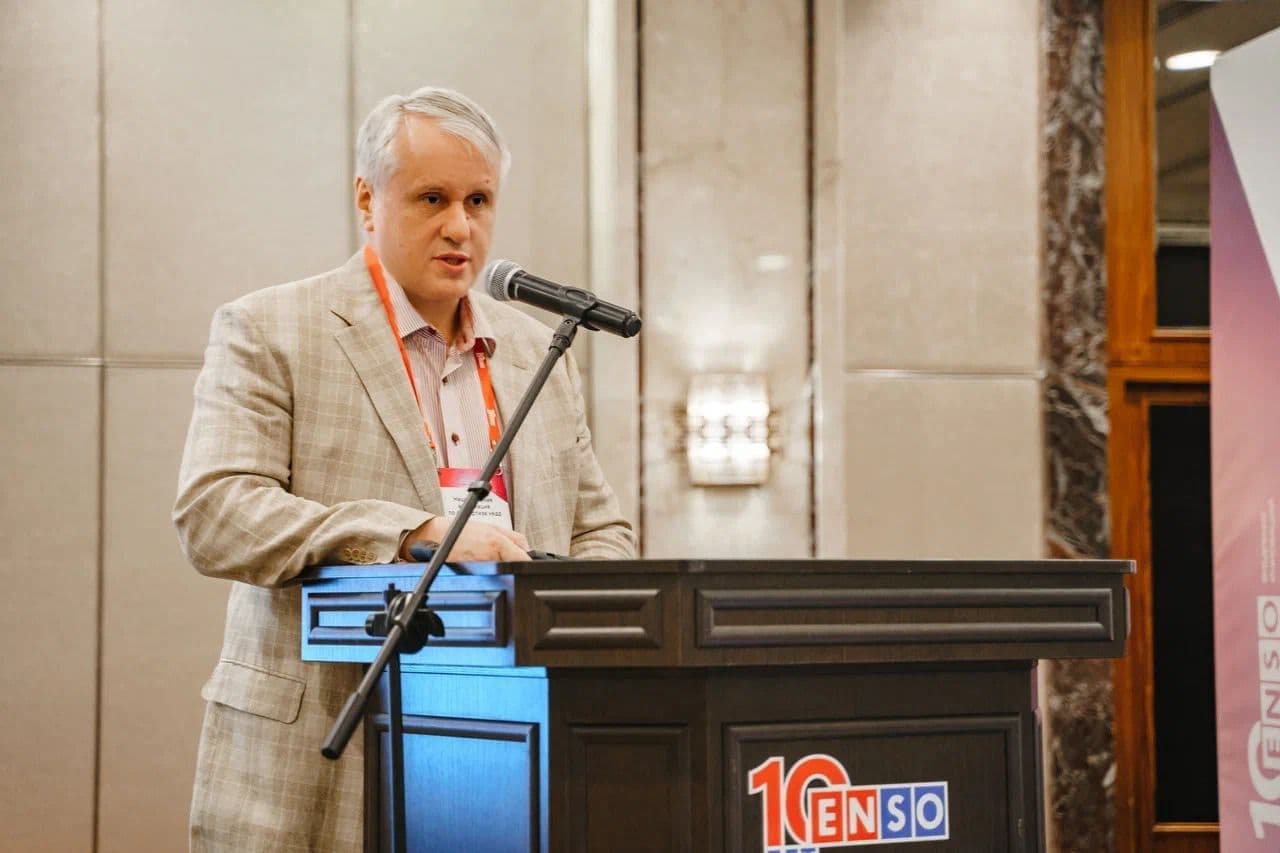 He has been married since 1987 and has a son who completed postgraduate studies at Lomonosov Moscow State University.

2022 - YTD -  - Member of the Financial Policy Committee of the Russian Union of Industrialists and Entrepreneurs, chaired by Andrei Leonidovich Kostin, President-Chairman of VTB Bank.

2021 - YTD -  He has held the position of Director in the Association for Mineral Deposit Estimates, which unites organizations operating in mineral resource management. As initiated by A. V. Tretyakov, the Association introduced the national reporting standard being the only one in the Russian Federation to have international status and to comply with CRIRSCO principles. This standard, called the NAEN Code, is a prerequisite for development of the Russian banking system and investing in mineral resource management.

2016 - 2021 -  He chaired the Supervisory Board of the Association of Innovators. He was directly involved in creation of the national project “Clean Country”, where he supported the search for and selection of technologies and consulted on the project issues. Together with regional authorities, he developed and presented a package of site-related initiatives, which were included in the national projects. Besides, Andrey Tretyakov compiled a database of the sites producing mining and other industrial waste. Having analyzed the base, they developed a number of unique projects enabling to couple complete extraction of minerals with having such sites cleared of waste to be then recycled.

2015 - 2016 -  А. V. Tretyakov was a member of the Supervisory Board of the All-Russian Union of Self-Regulatory Organizations functioning as waste operators and at that time developed a new concept for such organizations to work in regions.

2013 - 2014 -  He was one of the Directors on the Management Board of the entities being part of Rosgeologiya Publicly Owned Joint-Stock Company (OAO), where he was one of those to control its financial, economic and technical performance, including its being equipped with special purpose machinery and implementation of the Regulations on Development Strategy, and also developed collateral strategy to improve the Company’s financial standing.

2012 - 2013 -  He acted for General Director of OAO Rosgeologiya (Rusgeology). He strategized the Company’s development as a state-owned geological holding, which included several priorities: increasing the value of exploration prospects, qualifying and participating in junior companies, upgrading obsolete equipment, and pulling the entities in the holding out of pre- and bankruptcy.

07.2011 - 05.2012 -  А. V. Tretyakov was Deputy General Director of OAO Rosgeologiya (Rusgeology). While holding the job, he organized the company’s interaction with domestic and international investment groups; he took part in the initial public offering of mining companies and liaised with representatives of public authorities.

04.2010 - 07.2011 -  He served as Deputy Governor of Chelyabinsk Region and headed its Permanent Delegation to the Government of the Russian Federation. He facilitated interaction between the regional government and representatives of federal authorities. He initiated establishment of the dedicated Corporation for Development in Chelyabinsk Region, the primary mission of which was to boost the investment appeal of the latter. He was engaged in working out of a package of measures aimed to modernize the regional economy towards innovation-based growth. He raised capital for regional investment projects from major companies from the USA, South America and Italy, as well as from foreign banking institutions.

03.2007 - 04.2010 -  He served as First Deputy Secretary of the Intergovernmental Council on Oil and Gas of the Commonwealth of Independent States.

11.2005 - 02.2008 -  Andrey Viktorovich Tretyakov was General Director of OOO RusInvestFinance, a limited liability company. He developed and implemented a number of investment projects in various areas of business focus, including manufacture of refined oil products, real estate and design of innovative technologies.

12.2004 - 11.2005 -  A.V. Tretyakov was engaged in intensive public activities to help law enforcement officers seeking legal redress. He took part in implementation of the programs meant to support former employees of the Ministry of Internal Affairs and the Federal Security Service and helped them to be provided with new jobs and be awarded for their services.

02.2004 - 11.2004 -  He was President of OAO Oil company RusSib, a publicly owned joint-stock oil company. During that period he made major efforts to introduce new logistics schemes in remote areas of the Russian Federation, including the Far East, Eastern and Western Siberia. He was substantially involved in development of the “Sakhalin Oil Fields” junior oil production project.

07.2002 - 01.2004 -  He served as Deputy General Director of OOO Transrezervnefteprodukt, a limited liability company, where he helped establish liaison with the Federal State Reserve Agency.

08.2001 - 06.2002 -  While being Deputy General Director of OOO Edways, a limited liability company, Andrey Tretyakov was responsible for supplying municipal and national consumers with oil products consistently.

03.1999 - 02.2001 -  He worked as General Director at TD AMMK that supplied consumers in regions and nationwide with oil products.

07.1998 - 12.1998 -  As a Manager working at OAO SIDANCO, a publicly owned joint-stock company, he was responsible for sales of oil and oil-based products. Under previous employment terms, he was Lead of the department focused on demand generation and marketing development. He was responsible for oil product deliveries to various regions in the east of Russia, having implemented the scheme of settlements by promissory notes.

11.1996 - 12.1997 -  He worked as General Director of Rosinterteatr, a private joint-stock company, and was responsible for procurement of various government security, defense and law enforcement agencies, including the Emergencies Ministry, Internal Troops of the Ministry of Internal Affairs, Military Air Transport and other ones.

12.1992 - 10.1993 -  He worked as Director of Commercial Center PETECO, a private joint-stock oil company. He was responsible for establishing collaboration with companies engaged in geological exploration and oil and gas production.