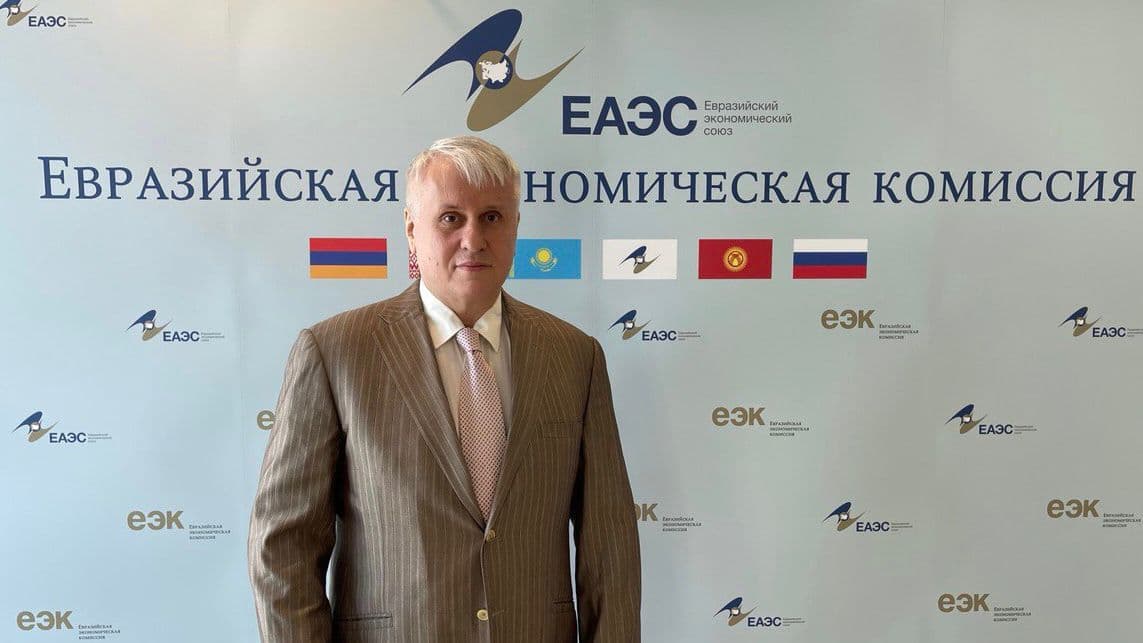 The spectacular actions undertaken on Western stock exchanges, in trading and payment transactions, as well as the sanctions imposed through freezing the State’s assets kept in the currencies controlled by the Anglo-American financial system, have irreversibly affected the judgment of ongoing global processes. Playing all the basic financial system rules to accommodate the politics of some Western states put all countries wise to the urgent need to protect their national interests and own currencies. Remarkably, this stand already has a certain history.

Nations have been taking actions to displace the US Dollar and create alternative systems of international payments for years. Thus, in 2015 the BRICS countries announced their having agreed to maintain close ties in terms of monetary cooperation and to develop their own payment system “BRICS Pay”. And in 2019 Southeast Asian nations, at the initiative of the Prime Minister of Malaysia, got down to creating a brand-new gold-pegged monetary unit.

The People’s Bank of China’s notice “On Supporting Cross-Border Yuan Settlements for Foreign Trade” that entered into force has become especially relevant nowadays. It seals the increasing support for new forms of foreign trade and improvement of cross-border e-commerce formats and rules to regulate Yuan cross-border circulation. At the same time, it expands the scope of payment institutions’ operations, from trading in goods and services to implementing transactions on current accounts.

The key factors that emphasize the importance of this document:

So, it may safely be said that the waves of such actions have been rolling around the planet for long, but they are turning into a storm here and now.

The reasons the US Dollar is being rejected worldwide:

Even considering these solid reasons, which many countries do not like, it is difficult to renounce the US Dollar as it plays the role of the international settlement unit. This role is ensured by such international systems of payments and transactions as the commonly cited CHIPS and SWIFT. Any calls for simply ceasing to use the USD in international payments are attended with great difficulties, as it took the U.S. long to introduce and fine-tune the current system being in use. And at the moment tens of thousands of banks in over 200 (of 252) countries around the world use it. Every day it processes over 90% of the ongoing transactions.

Let’s take messengers as an example to look into the use of the SWIFT system:

you, just like those who knows you, have been using the same messaging application (SWIFT) for a long time, and everyone feels comfortable and easy. At some point you chose to use a different application. For that to happen, your contacts must opt in using your messenger to continue communicating. Then you start suggesting that all the people you talk to use your specific messenger. But for others to agree to switch to a new application, your messenger must be something special that gives more communication opportunities to talkers. It must be more useful, more advantageous, more convenient.

The same goes for the international payments currency. The US Dollar, while being supported by the interbank transactions system created for it to be used, has become convenient for everyone. It is an efficient, easy and fast way. Switching to a new payments currency causes inconvenience, and on top of that everybody has to be settled with individually. It implies extensive effort. That is why no one was that eager for doing it. As long as the US Dollar was behaving decently, it was possible to live with that. Of course, everything said is relative only. After all, numerous wars (taken and taking place, needless to say, in foreign lands) and the ultimate dominance of the U.S. in the economic space are nothing less than dictatorship.

The developments ongoing between Russia and Ukraine have changed things. The U.S., together with the collective West, decided to bring Russia to its knees by imposing financial sanctions on it. They disconnected Russia from the international interbank payments system. Let’s see, they say, how you will be doing business with foreign partners without it, and how you will survive at all. But no one expected that Russia would stop at nothing. A decree was issued stipulating that settlements with foreign business partners must be made in Rubles. You won’t let us use Dollars? Well, don’t, we won’t. Then you will have to use our Rubles.

The U.S. strategy was predictable, since after as long as the Crimean crisis Russia developed its system for transmitting financial messages. Head of the Russian Central Bank reports: 52 financial institutions from 12 countries joined the new system in April. Therefore, settlements in Rubles progressed, when it comes to Russia, due to its being equipped to do it. Radio Sputnik reported on 19 July: economic issues were touched on when talking with President Ebrahim Raisi and the agreement to switch to settlements in national currencies was reached during Vladimir Vladimirovich Putin’s visit to Iran. But soon after that came the response from the U.S.

Dedollarization of commodity markets is very painful for the United States. Since it leads to any demand for the U.S. bonds to fall. And this reduces the U.S.’s ability to finance its deficit, which in its turn means less money for health care, defense, infrastructure, etc. Therefore, the U.S., when responding to the Dollar inflation, began to consistently raise the key rate while bringing direct pressure to bear on the financial and economic stability of other countries. Such pressure enhances capital outflows and affects merchandise exports. And this is only a best-case scenario. At worst the financial system collapses and the country goes bankrupt.

How has the world responded to the USD’s excesses?

On 4 August 2022 the Bank of Russia published a document to notify of its intention to facilitate and accelerate annihilation of the foreign currency predominance. On top of that additional measures will be taken to make any transactions in US Dollars or Euros more difficult for Russian residents and legal entities. Moreover, the Bank of Russia called the world’s primary reserve currencies “toxic”.

Countries on all continents are not sitting idle:

And the most important is the decision taken by the People’s Bank of China to settle in Yuans. As of 21 July:

Over five and a half billion people in all will use Dollar-depegged payment systems.

Wouldn’t that accelerate the US Dollar’s decline? That said, the situation in the U.S. debt market remains bleak too. As the U.S. Department of the Treasury reported on 18 July, in May 2022 foreign investor countries held U.S. government bonds in the amount that had been down by $33 Billion from the previous year, and the total U.S. government debt investment portfolio set a negative record this year. China alone disposed of U.S. stocks amounting to $22 Billion, and its total investment dropped below the all-important bar of One Trillion USD down to $980 Billion. This is the lowest figure since May 2010. Furthermore, Japan, Canada, Australia, Singapore, Saudi Arabia, the Republic of Korea, Germany, Italy, Sweden and others – at least 21 countries got rid of some U.S. government debt investments all at once.

It follows that the US Dollar’s role as the world's reserve currency is weakening. Other countries are increasingly seeking for alternative currencies. As a reminder, Russian President Vladimir Vladimirovich Putin said at the recent BRICS summit that due to the ongoing turbulence of the international situation he pins his hopes on a new international reserve currency to be introduced.

Which currency would turn to be the best choice?

The Chinese Yuan could be one of the options as in recent years it has proven to be stable and to have relatively low volatility, and it can be the primary tool of diversifying foreign exchange reserves. By saying so I am not indulging in wishful thinking. The survey taken by the International Monetary Fund shows that between 1999 and 2021 the share of the US Dollar in the foreign exchange reserves held by all countries fell from 71% down to 59%. And one fourth of the eliminated US Dollars were replaced by the Chinese Yuan, while the other three fourths were replaced by the Swiss Francs, Pounds Sterling, Canadian Dollars, Korean Wons and other non-traditional reserve currencies. And so no one has any doubts about the stability of the Chinese Yuan. At least 28 countries and regions, including Russia, Pakistan, Nigeria, Iran, Venezuela and Algeria, have now supported using the Yuan in international business transactions. And such nations as the United Kingdom, Singapore, Luxembourg and individual cities, such as Paris and Frankfurt, are seeking to or have already become “offshore centers” for the Yuan.

Meanwhile, the Russian Ruble has been recognized as the most effective currency in the world. And this is not a mere assertion by the statement made by the American CBS News! Compare it to the record Dollar inflation in the U.S.

The future financial system will highly likely be based on a basket of several different currencies. But in any case the era of the US Dollar’s dominance is nearing its end.

And the issue is not that some single currency will replace the US Dollar, as such would mean just changing the leader. The idea is that a fair and incorrupt financial system should be based on a basket of several currencies that represent different countries and different continents and thus accommodate and attend to the needs of the majority but not of the certain select few!